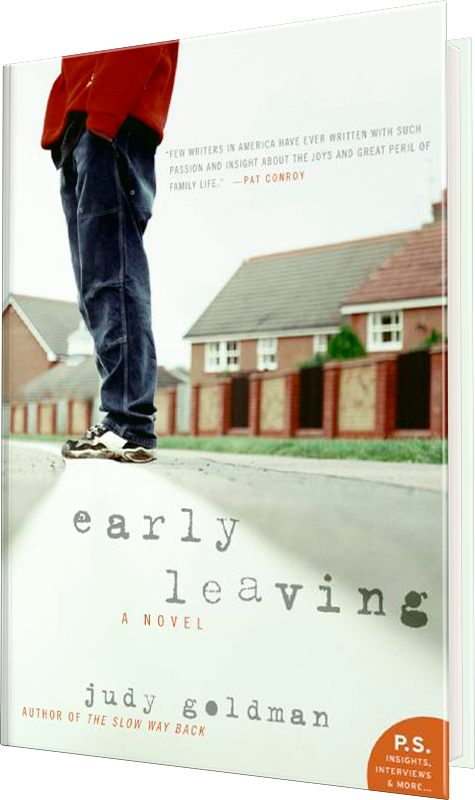 From the Book Jacket

Is it possible for a mother to love her child too much?

This is the question that haunts Kathryne Smallwood the night before her son, Early, faces sentencing for killing another teenager.

Kathryne has devoted her life to her only child. She has made herself present in his every activity, every decision, every move, in hopes of protecting him. But it may just be this powerful force that sends her son spiraling in the opposite direction.

Critically-acclaimed author, Judy Goldman, tells a riveting, deeply-moving story of a well-to-do southern family whose smooth, easy lives are suddenly disrupted irreversibly. As Kathryne Smallwood waits for morning and her son’s fate, she searches her memory for details of his life and her own to discover where she went wrong, how she could have stopped the unspeakable act her eighteen-year-old son has committed. All she ever wanted was to keep him safe and happy. Isn’t that what every mother wants? Kathryne realizes, too late, that the hardest part of parenting might be knowing when to hold back.
Now she must come to terms with Early’s leaving and what to do when her one reason for living is gone.

Goldman presents a wise, sharp-eyed invitation to explore the nature of family, and in particular, the nature of marriage and parenting — how we think we’re doing the right thing, when what we’re really doing is following our own hungers.

A tragic event close to home, a throw-away remark, and a personal trait I’m not especially proud of led me to write this novel.

About six years ago, my mother’s best friend’s grandson shot two fellow teen-agers at point-blank range, tossed their bodies in the trunk of a car and set the car ablaze. My mother is no longer living and I’ve lost contact with her friend. But I can tell you, this young man is from a gentle, close-knit family. Our families knew each other for years; the young man’s uncle was my ninth-grade boy friend. The news grieved me — and terrified me. If something like this could happen in their family, it could happen in any family; it could happen in mine.

We all want to distance ourselves from tragedy. We read obituaries and search the details to try to uncover an explanation. No wonder this happened to those people, we tell ourselves. They’re different from us. That man died from lung cancer because he smoked. I don’t smoke. That woman was kidnapped because she ran out of gas on I-85 at 3 A.M. I’d never drive alone on the expressway in the middle of the night. Their house caught fire. We would’ve had the wiring checked.

But when something happens to a family that is so like our own, we realize we’re only a hair away.

I did not tell this family’s story. I actually don’t know the young man who committed the murders, or his mother — and I haven’t seen his father since we were kids. I invented a family for my book, and my fictional family told me their own fictional story. But my grief, my intense emotion over what happened in that wonderful family I once knew helped fuel the writing of my novel.

I decided to invent a family for whom that sentence would be true. It became the opening of my new novel. Later it was moved to the middle of the novel. Then it was bumped to the end. Now I’ve deleted it altogether.

Early Leaving is the story of a woman who is so protective of her son — over-involved, suffocating — that the only way out for him is to disappoint her profoundly. And he does. At eighteen, Early Smallwood commits murder. The novel opens the night before his sentencing. His mother, Kathryne Smallwood, begins to probe the pieces of the past, to see if she should have seen the end coming. Was there any point where she might have come between her son and what lay in wait for him? Or was it just the randomness of fate and its consequences? Was she the cause? All she ever wanted was to keep him safe and happy. Isn’t that what every mother wants?

Kathryne Smallwood is the mother I might have been if I hadn’t reined myself in. She is obsession in the extreme — my own worst nightmare of myself. It’s easy for me to live for the lilt in my son’s or daughter’s voice, the sign that tells me they’re all right. I wanted to explore that overbearing part of myself — the part that smudges the line separating my children from me. I hope the emotions will be recognizable to other women. 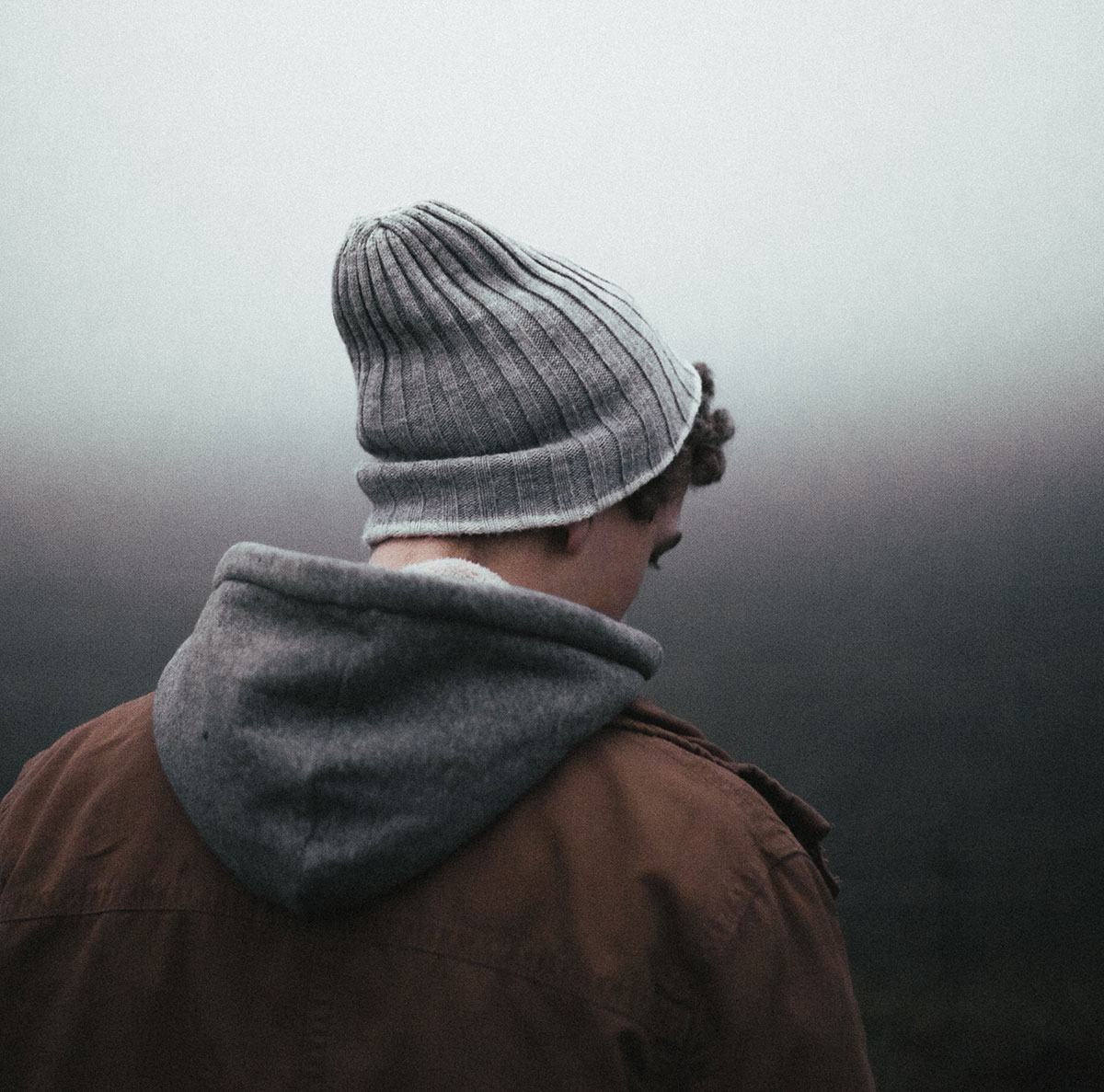 Masterfully written and fast-paced, this is highly recommended
~ Library Journal

Goldman’s second resonant novel dissects one seemingly perfect family: father, Peter, a successful attorney; mother and narrator, Kathryne, a movie reviewer; and their son, Early, valedictorian of his prestigious private school, who is arrested for murder the morning after graduation… Goldman’s brutally honest dramatization of a dysfunctional family makes for a provocative read.
~ Booklist

Haunting questions of parenthood ripple through the pages of this thoughtful second novel.
~ Seattle Post-Intelligencer

As in her first novel, The Slow Way Back, Goldman displays a keen eye here for the character-defining detail.
~ Washington Post

An elegant exploration of the inner workings of an average, middle-class family.
~ BookPage

A highly polished novel that is both sad and uplifting, remarkably introspective, personal yet universal… This exceptional novel is Goldman’s strongest, most ambitious work… She continues to exhibit a poetic gift for metaphor and simile with each new work… A riveting read.
~ Creative Loafing, Charlotte, NC

Don’t miss’ A book to keep your eyes on this month: Early Leaving by Judy Goldman.
~ More Magazine

Another book I read on the road has nothing to do with travel, but I loved it so much, I’m going to recommend it anyway: Early Leaving by Judy Goldman. It revolves around the question: Is it possible for a mother to love her child too much? In this case, the child is Early Smallwood, who, according to a short newspaper article on the second page, will be sentenced the following day for a murder he committed hours after giving a graduation speech at his prep school. His mother tells his story as she sees it.
~ Times-Picayune Travel Section, New Orleans, LA

That Goldman is a poet is evident throughout this page-turning second novel… a story of class distinctions, race relations, family ties and the burdens that come with them… Goldman has increased her fan base with this one.
~ The Charlotte Observer

The North Carolina writer expertly takes us through Kathryne’s memories of her marriage, Early’s birth, and how her family arrived at this horrific point.
~ Southern Living

Every mother should read North Carolina writer Judy Goldman’s new novel, Early Leaving… That’s the genius of Goldman’s novel — she makes Kathryne’s attachment to her son seem as natural and normal as anyone’s… Goldman’s prose is rich and so descriptive… Not only does Goldman use language nicely, she slices open the heart of family relationships with the skill of a surgeon. Each character is fully developed, and the anguish the family suffers is palpable. This is one book worth reading.
~ Winston-Salem Journal, Winston Salem, NC

It’s Early Leaving‘s themes, rather than simply its plot, that make it a page-turning read.
~ Lexington Herald-Leader, Lexington, KY

Early Leaving is a delicate portrait of self-deception. How do we really appear to others, and how does that match what we see in our minds’ own mirrors?
~ Sunday Star-News, Wilmington, NC

Goldman is a talented Southern storyteller who can be whimsical, funny, and serious almost at the same time.
~ Charlotte Magazine

Judy Goldman’s splendid new novel, Early Leaving, is even better than her accomplished first novel, The Slow Way Back. There is a great luminous beauty to her writing that delights me. Few writers in America have ever written with such passion and insight about the joys and great peril of family life.
~ Pat Conroy

Early Leaving is one of those novels you know you’ll remember forever — the wisdom, the compassion, the absolutely brilliant portrait of motherhood. Judy Goldman has painted every parent’s worst nightmare, illuminating denial and everyday mistakes in a way that makes the reader shudder with recognition. Moving, heartbreaking and ultimately a testament to hope and survival, Early Leaving is an extraordinary novel.
~ Jill McCorkle

Judy Goldman’s extraordinary new book, Early Leaving, is the story of a mother who does everything almost right, with utterly dire consequences. Goldman’s Kathryne Smallwood is at once disarmingly honest and deeply self-deceptive. I felt she could be someone I know, if not someone I am; I read with increasing horror as her life unraveled, and with relief as she ultimately remade it. A totally absorbing novel from page one onward.
~ Josephine Humphreys

Early Leaving will scare you and break your heart, even as it thrills and inspires. This novel grabs the reader by the throat and won’t let go. Judy Goldman shows that she has become one of our finest novelists in this drama of marriage and motherhood. She takes a close look at our culture, at ourselves, and what she reveals is both moving and true.
~ Robert Morgan

We’ve all wondered just how well we know our children — or if we paint them in our minds with broad strokes to see them as the people we want them to be. Early Leaving is a sensitive, beautifully crafted story of one mother’s abrupt awakening to the truth that relationships are never what they seem to be — not even the ones in which we take part.
~ Jodi Picoult