How Much Do You Need to Know Before You Begin? 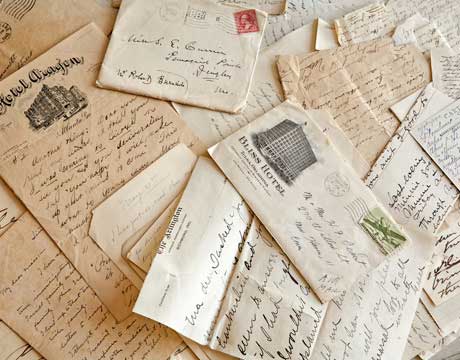 You’d be appalled at how little I knew each time I started a book.

After my second collection of poetry was published, I began to feel I’d written all the poems I had to write.  I knew I was writing the same poem over and over; I also knew I needed a new challenge.  I believe it’s important for all of us, as we get older, to continue taking on new challenges — we have to decide what we want to do next and try.  It’s the trying that counts.  I decided what I needed to do next was write a novel.  But I had no idea what that novel might be about.

I started by jotting down notes in a notebook.  Now I’m not talking about recording my daily doings or deepest dreams.  I’m talking about a notebook in which I wrote down, verbatim, conversations I’d overheard in the hardware store, titles that popped into my head, words whose texture I liked (nandina was one), memories that floated up, personal insights about my own behavior and those close to me.

About this time, my aunt called to say that a distant relative had sent her eight letters written by my grandmother to my grandmother’s sister in the late 1920s, early 1930s.  My grandmother lived in Denmark (South Carolina), her sister in Lebanon (Pennsylvania).  My aunt chose me to receive the letters because I was the relative most interested in family history.  I was thrilled — for three reasons:  (1) I’d never met my grandmother.  She died at fifty-six, before I was born.  All I’d ever heard about her was that she “was a saint.”  I was finally going to meet her, through these letters; (2) The letters were written just before and after my parents’ wedding, so I’d be reading about that event from my mother’s mother’s perspective; (3) I knew — I knew in my heart — my grandmother was going to give me my novel.

The letters arrived; I tore open the packet; my aunt had neglected to tell me the letters were all written in Yiddish!  I held those tissue-thin pages up to the light and struggled to decipher the squiggly little curves and angles.  “Try, Judy,” I told myself.  “If you concentrate, you can read it.”  But, of course, I couldn’t.  I finally found a woman who would translate my letters, and she sent the translations to me, one at a time, over the course of that summer.

By August, I had all eight letters translated.  And here’s the sad part:  The letters were charming, my grandmother was adorable, but there was absolutely no plot in those letters.  I was looking for dirt, and my grandmother was telling her sister how to make banana cake with cherries.

One day I mentioned the letters and my disappointment to my daughter, who said this very wise thing:  ‘Mom, why don’t you write the story you wish was in the letters?”  So that’s what I did.  I used the letters for the spine of the book and invented a story to wrap around them.

Years later, when I started writing a memoir, how much did I know?

Within five days, three things happened that turned my life upside down.  My sister was diagnosed with bile duct cancer, my daughter found out she was pregnant with identical twins, and my brother revealed to me that a daughter whom he’d fathered forty years before had just contacted him (she’d been put up for adoption at birth).  Immediately, the title, The Arithmetic of Family, popped into my head.  The additions and subtractions within a family.  Like a Dr. Seuss book — people coming in, people going out.  I could see funny little Dalmatians wearing red and blue hats, walking on their hind legs, entering a house, leaving a house.

I then spent the next two and a half years revising.

But when I’d finished, I realized I had not written the memoir my lifelong preoccupation had led me to write.  I tell writing students to write about what keeps them up at night.  I had not followed my own advice.  At that point, there were three sections in my book.  I cut two sections — which left me with a haiku!  No, not really.  I was left with a memoir about my older sister and me — the book I’d always wanted to write but didn’t feel I had the right to write.

I’d explored the subject of sisters in my first novel, The Slow Way Back, using the letters between my grandmother and her sister, my memories of Mother and her sisters, details from my life and my sister’s life to invent a work of fiction.  The novel enabled me to work through this very personal material at a distance.

What would happen if I got close, made myself susceptible to change and loss, re-inhabited those memories?

I went back to work on my memoir — for a total of nearly five years.

Do you see how little you have to know when you embark on writing a book?  Do you see that you will not begin to understand what your story is about until after you’ve actually written it?